I Smash You, Cashew!

Yesterday evening I walked down to the bluffs to have my yoga practice in the sun and near the waves. When I was done weirding out passersby with my yoga moves, it was dinnertime and I was starving. Having dedicated the previous hour to acting like a hippie stereotype, I decided to continue the trend and make my own cashew butter.

I had a ton of cashews left over from my soy frozen yogurt experiment and unfortunately, I don’t like to snack on cashews. Almonds or peanuts, yes. Cashews, weird. I thought they might be good as a spreadable butter, though, so I looked up a recipe online and got to work.

The obvious obstacle was my lack of a food processer, since Emily took hers with her when she moved out last weekend. I had no choice but to go Girl Scout on those cashews and use my bare hands to crush them to a pulp.

Well, maybe not a pulp. After about fifteen minutes of using the back of a spoon to crush the cashews inside a plastic bag, I decided this was just going to be extra chunky cashew butter.

When I was thoroughly bored of smashing the cashews, I added the following ingredients:

After mixing them all together, I realized the whole “butter” aspect was not coming together as planned. It would be, apparently, impossible for me to make any kind of spreadable thing without a food processor. 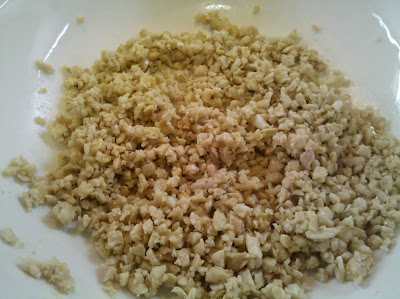 But I didn’t want my concoction to go to waste, so I got creative. I heated up some kale and spinach in my wok with olive oil, and when it was ready to eat, I dumped the smashed cashew mixture on top of it. It looked like this: 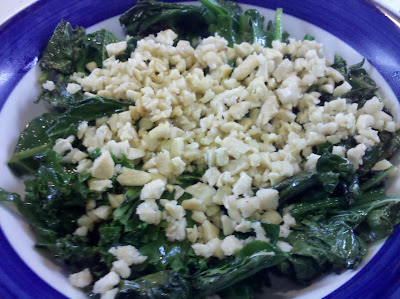 And it tasted great. I liked my cashew mixture so much that I decided to put it on top of my leftover rotini pasta, too. The little cashew bits got all up in the ridges of the rotini and made it a lot less boring.

It might not have been spreadable, but I decided to pretend that I wasn't trying to make butter in the first place. I invented a new cashew concoction on purpose. And it's delicious.
Posted by Unknown at 9:34 AM

Email ThisBlogThis!Share to TwitterShare to FacebookShare to Pinterest
Labels: cashews